The study Tables are important preaparation tools. They help us in remembering and recollecting the prep.content. please find one sample table:

Posted by FPGEETutor.com at 06:22 No comments:

The peculiar eating habits of a North American lizard have led to a new drug designed to help people suffering with Type 2 diabetes. Since the lazy lizard, known as the Gila Monster (Heloderma suspectum), spends most of its time doing very little in an underground burrow, it developed a biochemical system for controlling the storage and release of energy. The key to the system is a compound called exendin-4, a hormone found in the lizard's saliva. It slows the creature's digestion, enabling it to get by on just 3 or 4 meals a year. In 2005, the U.S. Food and Drug Administration approved the drug exenatide (marketed as Byetta®) for the management of type 2 diabetes. It is a synthetic version of a protein, exendin-4, derived from the Gila monster's saliva, manufactured and marketed by the international drug giant Eli Lilly.

Posted by FPGEETutor.com at 22:16 No comments:

New Sources for Drug discovery-Really astonishing’-
Eptifibatide is a cyclic heptapeptide derived from a protein found in the venom of the southeastern pygmy rattlesnake (Sistrurus miliarius barbouri). It belongs to the class of the so-called arginin-glycin-aspartat-mimetics and reversibly binds to platelets. Integrilin® is sold in two strengths, globally: vials containing 2 mg/ml (20 mg totally) and 0.75 mg/ml (75 mg totally). A third size is sold in the US: 100 ml vials containing 2 mg/ml (200 mg totally). Eptifibatide is a cyclic heptapeptide containing 6 amino acids and 1 mercaptopropionyl (des-amino cysteinyl) residue. Each 10-mL vial contains 2 mg/mL of INTEGRILIN and each 100-mL vial contains either 0.75 mg/mL of INTEGRILIN or 2 mg/mL of INTEGRILIN. 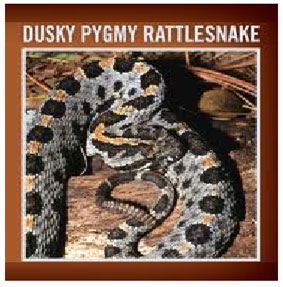 Posted by FPGEETutor.com at 22:14 No comments: